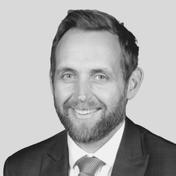 Ray has worked across government, independent and single gender contexts, and now leads change in the wellbeing programs and evidence informed practice. He was recognised as a national Top 50 educator in 2019 and received an Australian Council of Educational Leadership New Voice scholarship in 2020. Previously, Ray was a Head of School, and school improvement consultant working for a large organisation.

Ray is an internationally published academic author and reviewer, author of a children’s book (Brio Publications due in 2022), host of the Understanding Boys podcast (which has trended in the Top 5 parenting podcasts in Australia with 65k followers), and a sought-after consultant in identity performance coaching for medical and surgical trainees (assisting them with preparations and building confidence for their gruelling interview process prior to residency). Ray has also run allied health workshops through the award-winning not-for-profit company Identity Theatre which he founded in 2002.